“The car is making a strange noise,” my wife told me worriedly over the phone “see if you can hear it.” She held the phone out the window, and I heard an unmistakable clattering that sounded like an engine failure.

It was making a full-on clatter that sounds like engine failure. I expected chunks of metal to come flying out of the engine at any moment.

It turns out I am not the only one. There has been some debate by mechanics that if we had changed the oil every 6,000 miles instead of when the GMC onboard computer suggested changing the oil (every 10,000 miles), we would have avoided the collapsed lifter.

Thankfully, our engine warranty company was less particular. The inspector just shrugged and said: “This happens with GM’s.”

Nearly $3,000 of warranty-covered repairs later, we were running again.

Yhankfully, the clattering was only a stuck lifter. Apparently, these GMC lifters on the 5.3 motor tend to collapse. But it got me asking the question: why did GM design this car with such a poor system? Is there a way around it?

Will it fail again?

If you haven’t yet had a stuck lifter, then look into a DOD disabler. These delete kits are so awesome. You simply plug them into the OBD II outlet under the dash to instantly disconnect the DOD system.

There is no expensive programming to do, and it leaves no trace on the computer.

These systems unlock the full power of your engine. In a way, these little devices are like a mild tuner. You suddenly have a vehicle that doesn’t hesitate to get off the line at the stoplight, and that pulls heavy loads at the full potential.

You have a lot of options on the market. However, the one that I went with is the Range model. They seem to be the best-established, and offer support should you run into problems.

The downside with this system is that it can cause a parasitic draw on the electrical system. This problem isn’t consistent, but if you plan on letting the car sit for a while, you should probably unplug it.

I also unplug mine before I take the car to the mechanic, even if it is just for an oil change. These kits are stated to void the warranty but have an avid following by car owners who are already outside of warranty and don’t want to risk paying for a valvetrain repair by themselves.

Active Fuel Management is a trademark GM system for improving fuel mileage. It helps increase fuel mileage by shutting off fuel to half the cylinders anytime the engine is under a light load. Sometimes it is also called displacement on demand (DOD).

It seems like an excellent idea. When you aren’t pulling a load and just cruising down the highway, it is reassuring to see that you are only using four cylinders instead of all 8.

Anytime the computer detects that you are not under a sufficient load, it uses solenoids inside a valve lifter oil manifold (VLOM) to change the flow of oil and use hydraulic pressure to shut off those valves.

What Are The Downsides Of An AFM System?

The downsides are two-fold:

What Vehicles Have Active Fuel Management?

Chevrolet engines with AFM have been prevalent since 2004. Currently, it is used on:

You can also get a pretty good idea if your Chevy engine has this by looking at the engine structure.

Since the valley cover is full of solenoids, wiring, and oil passageways, it has a lot of ridges and bumps. A non-dod cover is going to be smooth.

Generation IV engines have oil towers in the middle of the block. This is missing in an engine without the DOD technology.

If you have the engine torn down and haven’t already been tipped off by the VLOM or the towers, then you will definitely notice that the lifters are different. Half of the lifters will have a spline and spring to allow them to collapse.

The oil pressure relief valve is necessary for shunting oil into the valves when the cylinder isn’t firing. GM has issued a technical bulletin stating that problems with this oil relief valve has proven to be the biggest cause lifter failure.

With GM vehicles, it is important to change the oil frequently and to not run the synthetic oils to the 15,000 miles recommended by the onboard computer. Changing the oil more frequently can help prevent issues from arising with the oil quality which might affect the lifters.

As we learned, these collapsed lifters are common and are an expensive side-effect. At a bare minimum, you are going to pay to have the head pulled and a new set of lifters installed.

Depending on the range of damage, you may also need to replace camshafts that become scored when the roller lifters fail. (Thankfully, ours was fine, and it seems like this level of damage isn’t as common unless you drive it this way for a long time.). The Valley cover should also probably be replaced as those electronic solenoids can cause more problems.

Because of where the timing cover is located, you will also want to replace the water pump gaskets and oil pump while you have everything taken apart. You literally have to pull the head, timing cover, and the oil pan to get to everything.

Something you’ll notice is that when you let off the gas to come to a stop, the engine switches to the V4 mode. This occurs at about the same time the transmission is trying to downshift, and you can get some concerning shudders. There isn’t a strong link between any cylinder switching programming and transmission problems, but it can make you go, “what was that?” when you are driving.

How To Turn Off Active Fuel Management

If you are reading this after your lifters have collapsed, then I am truly sorry. There is no easy fix for you.

For those of you who are already going to invest in an engine tear-down, you might consider switching to a solid lifter and removing the entire mechanical system that allows this.

For a full AFM delete kit, you want to pull the camshaft, the old lifters, and the valley cover. You would then replace those with solid roller lifters, a compatible camshaft and new valley cover that doesn’t have the solenoid components in it. You’ll also be buying replacement head gaskets and new head bolts.

Finally, you have the Electronic Control Module (ECM or ECU) that needs to be reprogrammed.

It is expensive and requires tearing the engine down. If you already need to do the repair, then the cost should be about the same, and it guarantees that you won’t have the same problem in the future.

Are There MPG Differences With Active Fuel Management Off?

The number one question people have is, “did your fuel consumption change?”

It’s hard to answer that question. Here’s why: the DOD system will only save about 5% of your fuel use (according to EPA tests). This means that at your most optimized consumption, you will only see about a one mpg improvement.

Most of the time, it will be less than that.

So, in a tank of gas, you will probably only see a difference of about 20-40 miles.

Most users state that they don’t even see that much of a difference.

It seems like a reasonable trade-off for avoiding several thousand dollars worth of repairs.

So, another thing you will run into is a mention of “VVT” or “Variable Valve Timing.” This refers to the engine’s ability to adjust the engine’s firing sequence based on the load. VVT has come a long way but is still driven by hydraulic oil pressure. Provided that you keep the oil changes up, it is an advantage to have.

The VVT can cause the timing chain to jump, which is another multi-thousand-dollar repair. If you do a VVT delete, it takes that worry away without significantly affecting performance.

If you find errors in any of our articles, please email zach@tooltally.com. 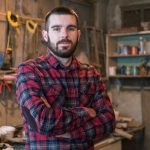 Hey! My name is Zachary Drumm! This site allows me to try these tools out, piddle around in the garage, and create fresh content for you. When it comes to tools, home improvement, and being a “shade tree mechanic,” you’ve come to the right spot.